DJ Stewart Who? wrote this feature on his experience of Rebirthing Breathwork for QX Magazine in 1998, then adds a current follow up.

“The fact that I’ve been going to Rebirthing Breathwork sessions has been the source of much interest amongst my friends. Most saw it as a frivolous and fashionable pastime, prompted by viewing too many episodes of Absolutely Fabulous.

Others conceded that after Prozac, amytriptamine, diazepam, coke and years of counselling, it could hardly do any harm. Some peers are mystified, while others are threatened when you start looking inwards. Why? It’s hard not to wonder whether you should be doing the same.

Rebirthing is also known as ‘conscious connected breathing’. Basically, that’s all it is, a breathing technique which brings you closer to your subconscious. It may sound like new age nonsense and I was initially very sceptical, but after trying it, I was completely blown away. It seemed quite simple; controlled breathing, through the mouth. This was done on the floor, resting on a comfy duvet. David, the coach, lay beside me and gave assurance that he’d be breathing in a similar fashion, for direction and to create a connection. 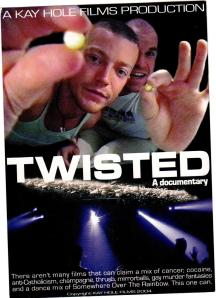 At first I was bored. As far as I was concerned, a nice fat spliff would have chilled me much quicker. Then after about 10 minutes, something started to happen. My whole body began to tingle in a way that could only compare to drug experiences. I broke out in a sweat, my mouth and hands became paralysed and I felt like I was coming up on very strong MDMA.

It didn’t feel good at first.  If a drug had done that to me in a club, I’d have been screaming for the paramedics. Two things kept me going; trust in David and a determination to sort out the stuff in my head. Torrents of sweat poured from me. I heard him explain that the perspiration was likely to be all the drugs and toxins being released from my body. Had I been able to speak, I’d have asked him to bottle it.

Eventually the intensity of the experience lessened, the paralysis eased and I continued to breathe, concentrating on the rhythm. David suggested I move into a foetal position on my side.

My whole body vibrated gently, like a purring cat. I felt exhausted, relieved and slightly off my face.

There was no denying I’d experienced a very strong, drug-free physical experience. It wasn’t my imagination, something very powerful had occurred. The cup of tea following ‘the breathe’ was the best I‘ve ever sipped. The biscuits tasted ridiculously sensational. All my senses were on overdrive. Walking back to the tube station, I felt relaxed, relieved and blissfully clear headed. I was late to meet friends for dinner that evening and prior to my arrival, they joked that I’d been still-born.

There’s no denying that at one point during the ‘breathe’ I felt paralysed with fear and overwhelmed by the physical sensations. It soon passed and I felt amazing. I booked a series of sessions straight away! “

Following that first session, I fell in love with breathwork- and perhaps, more relevantly with David Parker’s methods. We’ve since become good friends and have collaborated on a number of projects. Back in ’98, I was a staggering, dramatically toxic party animal. If you think I’m bad now, you should have seen me then. Despite that chaos of chemicals and lunacy, I had an urge to improve my life, to know myself, to understand my motivations and perhaps tackle the shadows that were seemingly ruling my existence.

The truth is, that project is ongoing. It’s unfinished business. Self-development is not something you can embrace, then abandon when it doesn’t please you. Once you’ve seen your ugly depths, you can’t unsee them. There IS no escape from your self. Well, perhaps there is – but that minor holiday from your ego can only happen when you meditate and or/do breathwork. As Teddy Pendergrass once sang, ‘You can’t hide from yourself/Everywhere you go, there you are.’

In the ‘90s, I was able to temporarily annihilate my conscious with a tsunami of intoxicants. That option has become tainted by a weary wisdom that’s impossible to switch off. Yeah, I can still party ‘til dawn with terrifying gusto. However, even when pole dancing on a nightbus, or twirling under a mirror ball, I’m grimly aware of the destruction that’s occurring. Hard partying is horribly predictable, the consequences are always unattractive and the cost is spiritual. And financial. For me, embarking on a bender in my 40s, is like getting into a car with the full knowledge that it’s gonna crash.  It tends to be a tainted ride.

The biggest obstruction to breathwork back in ’98 was my inability to stay awake during the process. I would just nod out. Week after week. It was hugely frustrating; time was ticking along and my life was unravelling at an alarming pace. David, (or Madge, as he’s known to me now), referred to my incessant sleeping during the ‘breathes’ as my ‘unconscious death urge’. ‘You don’t want to be here,’ Madge would say to me, referring to life itself, not Euston, where these sessions were held. It was a dreadful observation, mostly ‘cause it was true.  Determined to nip that in the bud, I demanded a solution. We tried ‘breathing’ in the bath, with a snorkel and Speedos. I didn’t fall asleep, granted, but with the two of us sniggering and shrieking, it was closer to a performance art circus than spiritual healing. We DID have a laugh though. Never underestimate THAT therapy. You can never have too many LOLs on the long path to enlightenment.

David suggested doing a ‘breathe’ while sat upright, looking in a mirror– in this case, quite a large, gilt edged one that could concuss if it fell on you. It required strength and concentration to keep it upright and unsurprisingly, it transpired that it’s hard to fall asleep when you’re looking into your own eyes. It’s bracing, not soothing and after a few minutes, it feels like you’re staring at a rotten corner of your soul. Nobody wants to see that. This approach was confrontational, unnerving and emotional. It also worked. I maintained the rhythm of the breath, became blissed out on the meditative effect of the process and at one point, felt this enormous solitary tear roll down my blank face. ‘Oooooh,’ exclaimed Madge, with theatrical delight as the tear dripped off my chin, ‘She has emotion!’ LOL

Breathing into a mirror is still my preferred method, but since that breakthrough, I’ve done it in many different ways, both individually and in groups. Once, I even did some breathwork while in a very deep 19th century bath, while alone in an apartment on the outskirts of Moscow. It still astounds me with its strangeness, the peace that it delivers and the curious tranquillity one feels afterwards.

Reading my first account of rebirthing, published back in ’98 has proved quite odd. My writing, outlook, attitude and understanding of life has evolved quite radically since then. So much so, that I barely recognise myself. Perhaps it’s not surprising, a LOT has happened between then and now. Obviously, that journey to the present day has required much effort on my part, not all of it welcomed. Facing your demons is a very adult endeavour; consequently, it can bring out one’s inner screaming brat. Stamping of feet, pouting, sulking and whining are all likely to occur while experiencing any kind of emotional therapy. It’s dreadful when toddlers throw their toys out of the pram, but it’s really ugly when you find yourself doing it, but with the requisite crow’s feet and a middle aged paunch. 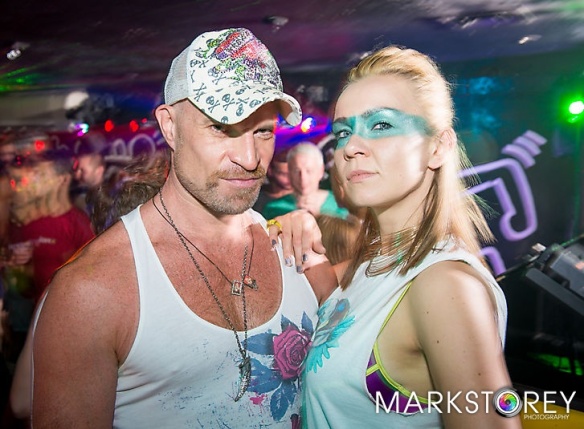 Luckily, I’ve had David Parker to guide me through this personal evolution. The breathwork has helped enormously, but it’s his intuitive wisdom, humour and truth that have kept me on the rails, guided my wayward ego and affected a positive change in my outlook. I still have my dark days, and lapses of sanity, but Madge has given me the tools and advice to deal with those episodes. That’s all he can do, all ANYONE can do. The real work- you have to do yourself. You either want to change or you don’t. So, good luck with that. Simply reflecting on that truth, that we are the custodians of our own destiny, well, it’s made me pout like a sulky child.

As I said, this is still a work in progress. http://stewartwho.com